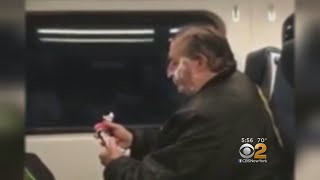 When a man was filmed shaving on a train the initial response on social media was disgust and outrage. Now though people are expressing their regret at making snap judgements amidst an outpouring of empathy on social media. So what happened? The clip, showing Anthony Torres, 56, shaving his face and flicking foam on the floor, was condemned by many of the three million viewers. "So gross", people wrote, while others suggested they "would have puked" and called Mr Torres a "pi 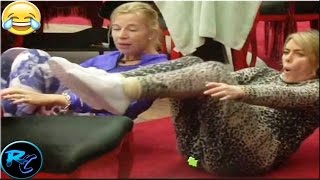 Here is The Funniest Farts On Live TV History, Hope you Like and Enjoy it too! Rank The Most Annoying Things People Without Manners Do PUTTING AN END TO ACTS OF RUDENESS ONE RUDE ACT AT A TIME Submit Evidence ~ School of Hard Knocks ~ Rank Pet Peeves ~ Shop #etiquetteed #Lists #manners

Most people shave their legs in the bathroom but Inside Edition found one person who chose to do it on the train while on the way to work. It is just one of the disgusting things commuters in the tri-state area encounter every day. Inside Edition’s Chief Investigative Correspondent Lisa Guerrero rode the Long Island Rail Road to see firsthand how rude some passengers can get and ended up witnessing a stomach-churning list of behaviors. Among the more common offenses were the

The Moral Sense: Etiquette & Self Control

An excerpt from James Q Wilson’s book, The Moral Sense. Published by Free Press Most cultures have devoted extraordinary efforts to developing and inculcating rules of etiquette and courtesy. From a purely utilitarian point of view, it seems inexplicable that people should insist that we eat with forks rather than with hands, wipe our mouths with napkins rather than sleeves, or address strangers as “sir” or “madam.” It is not hard to imagine very different rules (which may

"How big and buff must I become to be tough enough to not clean up after myself? This guy spilled his bottle of water all over the place, then looked at it and thought, 'Fuck it, let someone else handle my mess. I got reps to do.' At least he was kind enough to step over it so he didn't track it around this 24 Hour Fitness gym in the Bronx." Rank the Most Annoying Things People Without Manners Do PUTTING AN END TO ACTS OF RUDENESS ONE RUDE ACT AT A TIME Submit Evidence ~ Scho

"Apparently, the man scanning groceries at a Stop ’N Shop in the Bronx wasn’t moving fast enough, so the next woman in line thought the proper action was to take her frustrations out on the customer in front of her. A shouting match ensued that grabbed the attention of everyone else in the store." Rank the Most Annoying Things Moody People Do PUTTING AN END TO ACTS OF RUDENESS ONE RUDE ACT AT A TIME Submit Evidence ~ School of Hard Knocks ~ Rank Pet Peeves ~ Shop #evidence #p 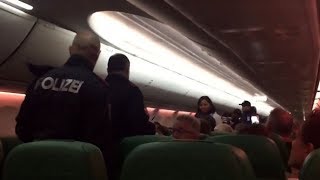 A pilot made an emergency landing after a fight broke out over a passenger who allegedly refused to stop passing gas. Two Dutchmen sitting next to the flatulent passenger reportedly asked the man to stop, but he refused and continued to break wind aboard the Transavia Airlines flight from Dubai to Amsterdam Schiphol. The budget airline crew allegedly did not help the passengers after their complaints, Metro reports, leading to a fight between the men. Despite a warning from t

Here's Looking at You: Takeaways From Commuter Etiquette Week

In an ideal universe, every week on the train would be etiquette week. But for We the Commuters, this was officially Etiquette Week — because if a main goal of this project is to hold those in charge of your commute accountable, we train riders should at least be held accountable for how we treat each other. We asked for your subway dos and don'ts, heard some creative twists on classic behavior rules, and started a lively debate about whether it's okay to photograph strangers

"This guy was sitting here before the ladies next to him were on the train. When he saw them coming towards him, without hesitation he scrunched himself up to make sure they could both fit. No need to be asked. And he sat like this for the remainder of his ride, with no hint of annoyance. Most big people use their size as an excuse to not let anyone sit next to them, but not this guy. #CourtesyCounts#ThisGuyCounts" Rank the Most Annoying Things People Do on Public Transit PUT

"I'm fairly certain that the hand rail on staircases are there to prevent people from falling, not your ass . . . asshole. Next time, find somewhere to sit that was built for sitting (it's called a 'seat' for those of you who do not know), and do not sit on things made for safety." Rank Random Acts of Rudeness That Drive You Nuts! PUTTING AN END TO ACTS OF RUDENESS ONE RUDE ACT AT A TIME Submit Evidence ~ School of Hard Knocks ~ Rank Pet Peeves ~ Shop #evidence #photoevidence
1
23
CONTRIBUTE GUEST POST